Our experience spans across Oregon and for decades. 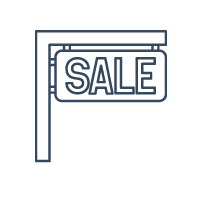 We find and secure usable land, develop it, then sell it to interested parties. 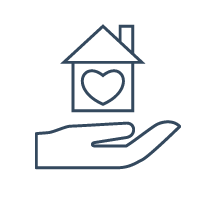 We create communities through rezoning, annexation, and sub dividing.

Stafford Land Company has become a recognized residential development firm, admired for bringing diverse projects to market.  From luxury home properties to neighborhood communities, each epitomizes our commitment to quality, creativity and value while exhibiting meticulous attention to detail.  We are an experienced group of driven professionals dedicated to developing and delivering projects on time and to budget.  Our vision is long-term – We build for tomorrow coupling smart innovation with thoughtful planning, complementing each community’s surroundings. We are proud to have projects in 15 communities encompassing in excess of 5,000 lots.

Oregon’s housing shortage means that homes need to be affordable.  Stafford builds communities with the goal to provide accessible homes that are priced to match any stage of life.

Our master designed communities provide homes at various stages of life.  Approximately 35% of home buyers are looking for a home in the same zip code. No matter, the stage in life, our plans may allow for multifamily to large size lots.
9

Having options, no matter the stage of life is important. About 35% of home buyers are looking for a home in the zip code. Our master designed communities provide the layout for everything from multifamily to single family dwelling.

No Project Too Big Or Too Small

Our experience in building ranges from partnerships to large scale communities.  Projects with 200 home dwelling units with community centers, parks, walk ways, and safety built throughout.  We know how to build that isn’t a detriment to community.   We partner with builders and realtors to complete projects and sell homes.  Check out our current portfolio of projects.

A 1981 graduate from Oregon State University, Gordon began his career in the land development business in 1984 through acquiring distressed real estate from the FSLIC. His experience spans all types of properties, (residential, commercial, and industrial), but his primary focus has been residential developments. His experience is in land entitlements and development. He has entitled over 5,000+ lots, acting as principal in excess of $278,000,000 in real estate transactions to date. Gordon has deep ties within the home building industry and has served on the Board of Directors at the Homebuilders Association of Metro Portland for 17 years (serving as an officer for 5 of those years), and was elected and served as President of the premier industry trade association in 2012. As a result, he has a large network of industry professionals and he maintains excellent relationships with a multitude of elected officials. Gordon was honored with the coveted “Builder of the Year” award in 2013 and has been actively involved with the prestigious NW Natural Street of Dreams. which is the nation’s longest-running luxury home show.

After serving his country in the 325th Division of the 82nd Airborne of the Army, Rick was ready to begin his career in the construction industry in 1988. Rick began working through most of the trades where he developed a strong knowledge of the home building business from the ground up. Rick constructed his first house in 1991 and developed his first lot partition in 1992 with several smaller-sized rural developments to follow. Throughout the 90’s, Rick continued to remodel and build dozens of homes while working in the trade industry. Small development projects turned into larger projects which led to the founding of Taurus Homes and Development. At Taurus Homes, Rick built over 500+ homes ranging from starter homes to luxury homes. He is a 12 time award winner at the NW Natural Street of Dreams event, including the coveted “Best of Show” award. In addition to residential building and development, Rick has also developed and constructed industrial and commercial property. Rick has the ability to envision and rapidly develop housing options that fit on the available inventory of lot sizes. Rick is always up to a challenge that employs his personality, expertise and talents.

Here at Stafford Land Company we are ground engaged – bringing several new residential development projects through feasibility in an effort to meet the need for housing in Oregon. Knowing that real estate development can take years between land approvals to permitting, it is good to be on top of the game. It takes a team to get there. The Stafford team is in a word – amazing. Really.

Have a Project in Mind?